On the night of December 22nd, 1799, a beautiful young woman named Elma Sands left her cousin’s boarding house dressed in her finest coat and fur muff. The next morning, she had not returned. Two days after New Years, a neighbor drew water from a well owned by the Manhattan Company near the present site of 129 Spring Street. He was startled to find a lady’s fur muff floating in the bucket. When he looked down, he saw the pale, bloated corpse of Elma Sands. Based on the bruises around her neck and the water in her lungs, doctors deduced that Elma had been strangled to the point of losing consciousness, then hurled down the well, where she cracked her skull before drowning to death.

Suspicion immediately fell on her lover, a young carpenter named Levi Weeks. Elma’s relatives placed her coffin outside the boarding house to shame Levi, and a fellow boarder named Richard Croucher distributed pamphlets accusing Weeks of the murder. Once the public discovered Elma and Levi planned to elope the night of her murder, Levi was taken into custody. It seemed his fate was sealed.

Luckily, Levi had an ace up his sleeve. A pair, actually, two of the most brilliant legal minds in New York City and both, fortunately, in debt to his brother, the contractor Ezra Weeks. The first man had hired Ezra Weeks to build him a mansion in Washington Heights, but despite his fame as aide-de-camp to General Washington, Treasury Secretary, and founder of the Bank of New York, was flat fucking broke. Ezra told the man, “Defend my brother and I will cancel your debts.” Alexander Hamilton agreed. 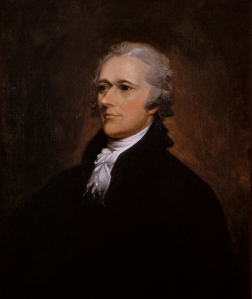 The other man was also a hero of the Revolutionary War, had also hired Ezra Weeks to build him a mansion, and was also broke. This man had a bonus motivation to take the case – he was the owner of the very well in which Elma Sands died. Who was this other man? Wait for it…

Yep. Interestingly, Aaron Burr only started the Manhattan Well Company because he could borrow and lend money through it, making it a de facto bank to compete with Hamilton’s Bank of New York. Both banks live on today as BNY Mellon and Chase (formerly Chase Manhattan.)

So yes, Alexander Hamilton and Aaron Burr joined forces to defend Levi Weeks in the first recorded murder trial in the history of the United States. Accent on the word “recorded.” Stenographers took down the comings and goings of the proceedings, and New York followed it as avidly as the OJ trial. While the prosecutor, Cadwallader Colden, relied mostly on suggestion and motive, Burr and Hamilton found Weeks had a valid alibi during all but a few minutes of the night in question, not nearly enough time to reach the well, murder Elma Sands, and return. In fact, Hamilton and Burr had reason to suspect Elma’s fellow boarder Richard Croucher, who could not account for his whereabouts the night of the murder. Was Croucher actually the murder? Hard to say, because he left the city a year later. Croucher was later found guilty of raping a child in Virginia, fled to England before he could be sentenced, and was later executed for strangling a woman to death.

In light of Burr and Hamilton’s defense, Judge John Lansing urged the jury to find Levi Weeks not guilty – it took them just five minutes to do so. But when Levi Weeks was acquitted, Elma’s cousin Catherine Ring stood outside the courthouse and pointed at Alexander Hamilton, shouting “If thee dies a natural death, I shall think there is no justice in heaven!”

From that moment, it seemed as if a curse struck the entire defense team. Levi Weeks, harassed by New Yorkers who doubted his innocence, ran away to Natchez, Mississippi and never returned. Judge Lansing left his hotel one evening and simply disappeared, never to be seen again. Of course, anyone who’s ever listened to a musical or seen a Got Milk commercial knows that in 1804, Aaron Burr shot Alexander Hamilton on the Weehawken dueling grounds. What you might not know is that the curse affected Burr himself. He was ostracized for killing an American hero, tried for treason in 1807, lost his daughter in a hurricane in 1812, suffered a debilitating stroke in 1834, and finally died broke in a Staten Island boardinghouse in 1836, the same day his divorce papers came through. Ouch. 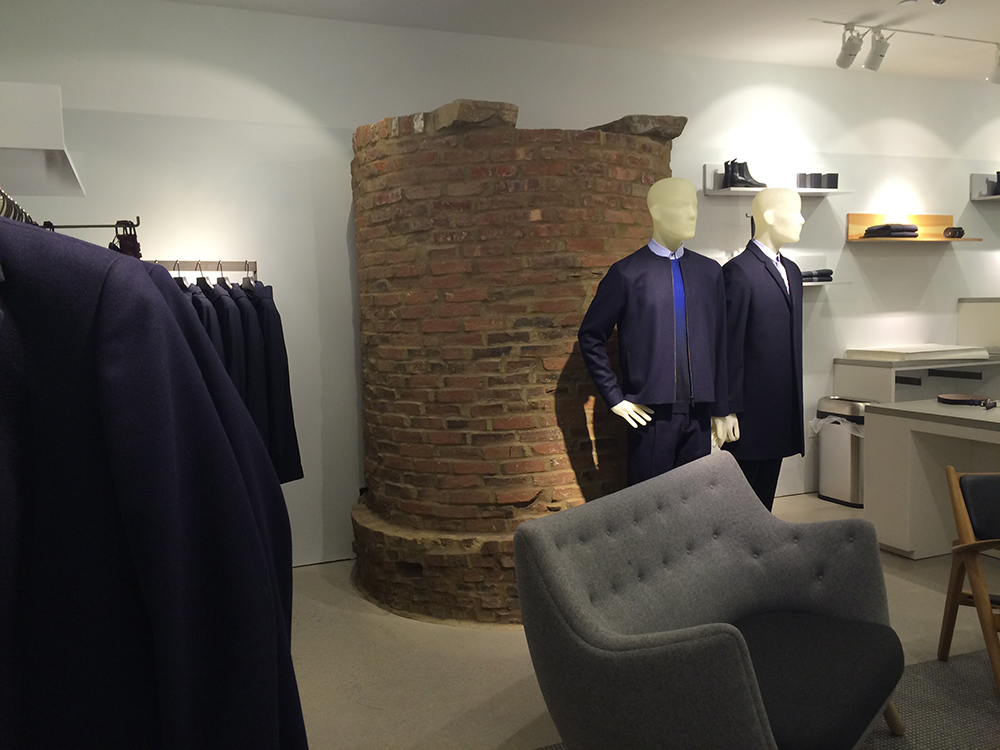 For years, the Manhattan well was forgotten by all but the trivia seekers. That is, until the 1990s, when a restaurant called the Manhattan Bistro decided to expand their wine cellar and uncovered the well buried beneath the foundations of the building. Soon after, male employees began to grow uneasy in the cellar by themselves, almost as if they were being watched. Glasses and wine bottles threw themselves across the room. Waiters claimed they would get locked in the wine cellar when no one else is around. One busboy claimed to have seen a woman in dripping-wet 18th century garb, and a resident of nearby Broadway and Spring said a similar woman emerged from his waterbed. Now, things have been pretty quiet since this space became a clothing store, but I wouldn’t be too surprised if dear old Elma made another visit to the site of her tragic murder.

If you want to learn more about the Manhattan Well Murder, consider booking a Ghosts of SoHo/East Village Walking Tour. Or  check out my West Village Ghost Tour, where we visit the carriage house allegedly haunted by both Aaron Burr andhis daughter Theodosia.